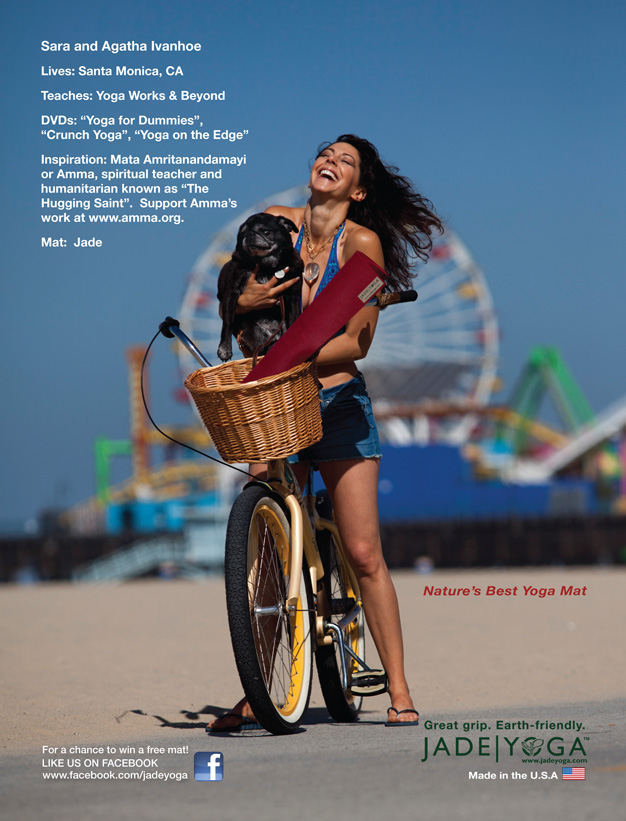 Sara Elizabeth Ivanhoe endorses JadeYoga and is a Yoga Spokesperson for Weight Watchers, most recently releasing the “Weight Watchers Yoga Starter Kit.”  She began teaching in 1995, shortly after graduating with honors from New York University. She has completed the Yoga Works teacher training, a specialized Therapeutics program and is also certified by Erich Schiffmann in his Freeform Style. Sara is the instructor for the “Yoga for Dummies” series, the “Crunch Yoga” series as well as the collaboration with Russell Simmons “Yoga Live.”  She had an extended run on Fit TV with “All Star Workouts” and on Exercise TV with “Yoga on the Edge.” Sara was a regular on Vh1’s “Dr. Drew’s Celebrity Rehab” and has been featured on all the major news channels. She is highlighted in the acclaimed documentary “Titans of Yoga” and “Women of Bhakti.” Ivanhoe is one of the few teachers certified by the Green Yoga Association to teach Yoga and Ecology.  In addition, Loyola Marymount University has awarded Sara a Certification in Yoga Philosophy. This fall she will matriculate in LMU’s Master’s Degree in Yoga Philosophy program.