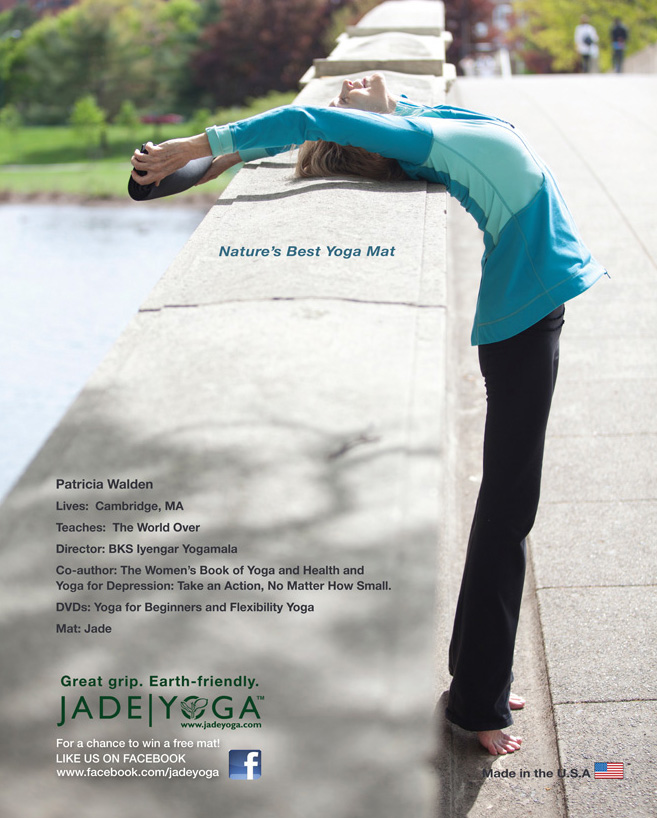 A classical Iyengar yoga teacher who has studied regularly with B.K.S. Iyengar for over 25 years, Patricia Walden is coauthor of The Women’s Book of Yoga and Health with Linda Sparrowe and has created several Gaiam yoga DVDs including perennial bestseller Yoga for Beginners.

Once honored by Yoga Journal as one of the “25 American Yoga Originals who are shaping yoga today” and featured in Time magazine for her work with yoga and healing, Patricia takes special interest in yoga for women and yoga for depression. It’s a way of sharing the experience of yoga that she says literally saved her life during a dark period of depression, addiction and plummeting self-esteem.

“There is something beyond the body when you do yoga,” Patricia says. “Yes, we can become more fit, our bodies can become more toned, and we can learn to relax and even feel peaceful. But there’s much more. We have the opportunity to find our Self with a capital “S” through the practice of yoga.”

Patricia’s first spiritual teacher was Murshed Samuel Lewis, a Sufi master. He taught dance as spiritual movement — a joyful prayer. This theme of “praying with the body” naturally transformed into her yoga practice in the early ’70s. In 1976, she met her teacher B.K.S. Iyengar, and she immersed herself in practice. Under Iyengar’s guidance, she made peace with her self-perceived shortcomings and learned a new way of being in the world — and sharing it with others. Iyengar’s influence was complemented a few years later when Patricia met Iyengar master Dona Holleman, whose discipline and teaching style fueled Patricia’s passion for the practice.

After co-founding The BKS Iyengar Yoga Studio in Somerville Mass. and directing the studio for 17 years, Patricia opened the BKS Iyengar Yogamala of Cambridge, her yoga center without walls dedicated to the work and teachings of Sri BKS Iyengar. Patricia also leads Iyengar Intensive workshops and teacher trainings, and had the honor of introducing Iyengar when he keynoted the 2005 Yoga Journal Conference at Estes Park, Colo., during his first visit to America in over a decade.